No truth in reports on temporary closure of Temple Trees

No truth in reports on temporary closure of Temple Trees 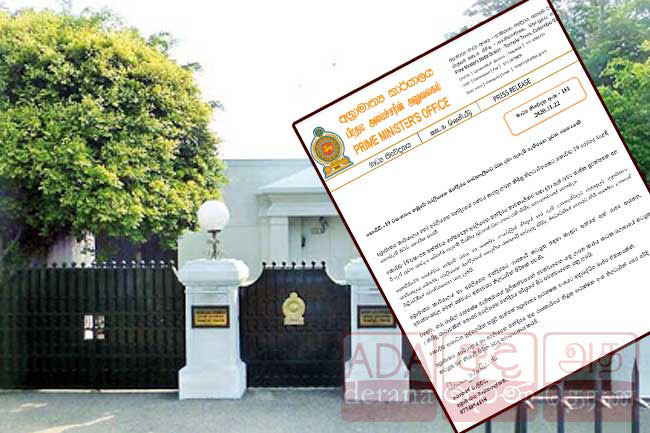 Secretary to the Prime Minister Rohan Weliwita says that there is no truth in the media reports that the Temple Trees has been temporarily closed due to a COVID-19 situation.

The Prime Minister’s Office and the Temple Trees will continue to carry out their daily duties in accordance with the health safety guidelines issued by the Government and the Health Department.

The statement reads that only the required number of officials has been called for duty at Prime Minister’s Office and the Temple Trees.

The Task Force, headed by Basil Rajapaksa, is also operating from the Temple Trees without any hindrance, the Prime Minister’s Office affirmed.

Athuraliye Rathana Thero sworn in as an MP

Defense Secretary Major General (Retired) Kamal Gunaratne has been promoted to the rank of General.

Popular singer Shelton Muthunamage has passed away at the age of 73 years, family

Sri Lanka has recorded four new Covid-19 related deaths, the Director-General of Health Services confirmed a short while ago.