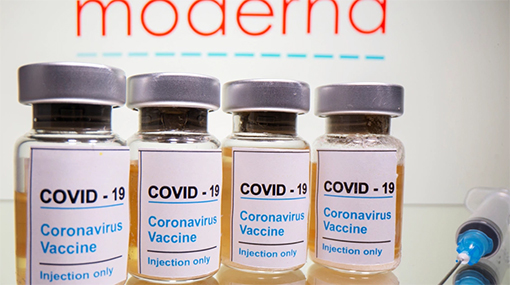 Moderna will charge governments between $25 and $37 per dose of its COVID-19 vaccine candidate, depending on the amount ordered, Chief Executive Stephane Bancel told German weekly Welt am Sonntag (WamS).

“Our vaccine therefore costs about the same as a flu shot, which is between $10 and $50,” he was quoted as saying.

On Monday, an EU official involved in the talks said the European Commission wanted to reach a deal with Moderna for the supply of millions of doses of its vaccine candidate for a price below $25 per dose.

“Nothing is signed yet, but we’re close to a deal with the EU Commission. We want to deliver to Europe and are in constructive talks,” Bancel told WamS, adding it was just a “matter of days” until a contract would be ready.

Moderna has said its experimental vaccine is 94.5% effective in preventing COVID-19, based on interim data from a late-stage clinical trial, becoming the second developer to report results that far exceeded expectations after Pfizer and its partner BioNTech.

The EU has been in talks with Moderna for its experimental COVID-19 vaccine at least since July.

Athuraliye Rathana Thero sworn in as an MP

Defense Secretary Major General (Retired) Kamal Gunaratne has been promoted to the rank of General.

Popular singer Shelton Muthunamage has passed away at the age of 73 years, family

Sri Lanka has recorded four new Covid-19 related deaths, the Director-General of Health Services confirmed a short while ago.