Rishad to go to Supreme Court against Kallaru reserve verdict

Rishad to go to Supreme Court against Kallaru reserve verdict 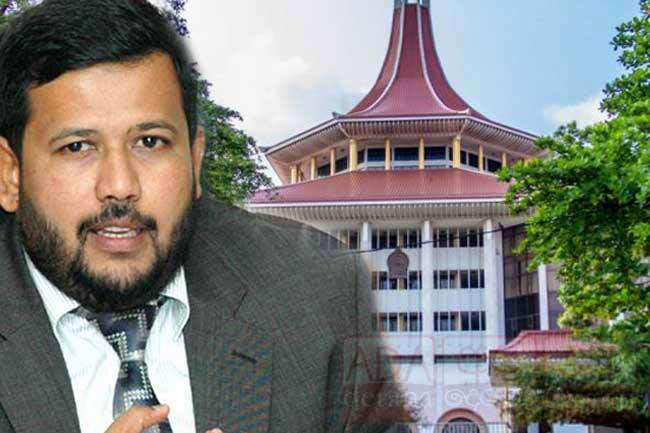 MP Rishad Bathiudeen says that he will go to the Supreme Court against the verdict of the Court of Appeal regarding the clearing of the Kallaru forest near the Wilpattu National Park.

He mentioned this in response to a query made by the Presidential Commission of Inquiry probing the 2019 Easter Sunday attacks.

Remanded MP Rishad Bathiudeen testified to the Presidential Commission today (21) for the second time from the Welikada Magazine Prison via Skype.

During the testimony, the Commission inquired the MP on how many war-displaced Sinhalese people were resettled in the North and East when he was the Minister in charge of resettlement.

In response, he said: “Only 2% of the people in the Northern Province are Sinhalese and 5% are Muslims. The LTTE expelled about 100,000 Muslims from their villages during the war.

The resettlement process began in 2009 under the leadership of the then Minister Basil Rajapaksa. I was not the Minister in charge of the subject at that time. But I supported that program.”

The parliamentarian added, “Around 5,000 Sinhalese living in the vicinity of Moneragala and Hambantota were resettled in the area called Kalabogaswewa Namalgama. There were large trees that were more than 100 years old in that area as well. Those trees were also cut down during resettlement. But no one complained against them.

Everyone is talking only about Wilpattu-Kallaru clearing. There really was no logging. We are going to the Supreme Court against the decision.”

It is noteworthy that the Chairman and a member of the Presidential Commission to which the Member of Parliament responded, were both judges representing the Court of Appeal Judge Bench which gave the judgment in the Kallaru Reserve case.