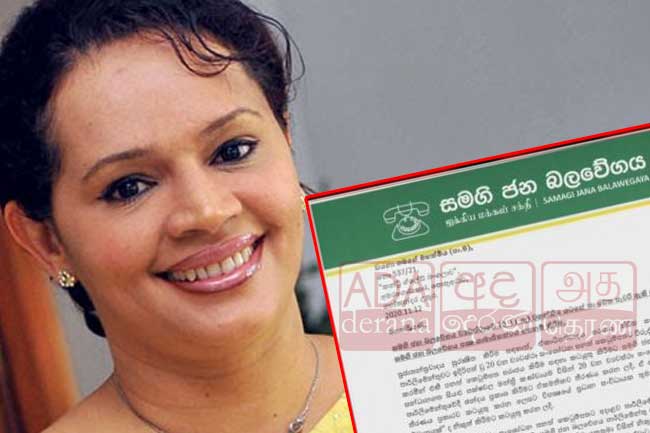 Sri Lanka’s main opposition party, the Samagi Jana Balawegaya (SJB), has decided to suspend the party membership of its National List MP Diana Gamage, who voted in favour of the 20th Amendment to the Constitution.

In a letter addressed to MP Diana Gamage, signed by party leader Sajith Premadasa, it is stated that she had failed to comply with the unanimous decision taken by the Samagi Jana Balawegaya (SJB) to vote against the 20th Amendment to the Constitution.

Highlighting that this is a serious violation of party discipline, the Opposition Leader states that he decided to suspend her party membership for the reputation or well-being and prosperity of the party.

Premadasa states that he cancelled MP Diana Gamage’s party membership with the powers vested in him by the SJB’s constitution, as the Chairman of the party.