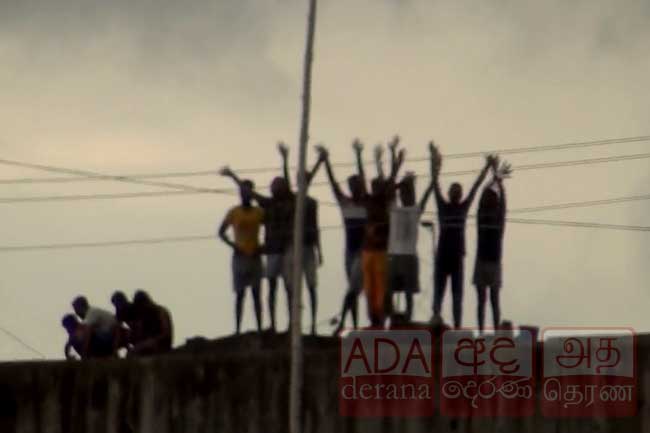 A group of inmates at the Kalutara Prison have launched a protest on the roof of the prison building.

Around 15 inmates have been engaged in the rooftop protest since this afternoon, Ada Derana reporter said.

The inmates had reportedly commenced the protest stating their court proceedings had been delayed due to delays in receiving the Government Analyst’s reports.

The protesting inmates demand that the relevant reports be released immediately and to expedite the process of granting them bail.

The inmates reportedly further state that they want to go back to their homes as soon as possible due to the current coronavirus situation.

The protesting inmates are said to be suspects arrested and remanded on drug-related charges.

A group of inmates at the old Bogambara Prison had also launched a protest yesterday (12) over the prevailing COVID-19 situation within the prison premises.